View Guides
From the vibrant fields of white and pink Everlastings in the Goldfields, to the delicate spider orchids that bloom in the rocky landscape of the Kalbarri National Park, flower enthusiasts will get their fix when the state blushes with wildflowers, from June to November. 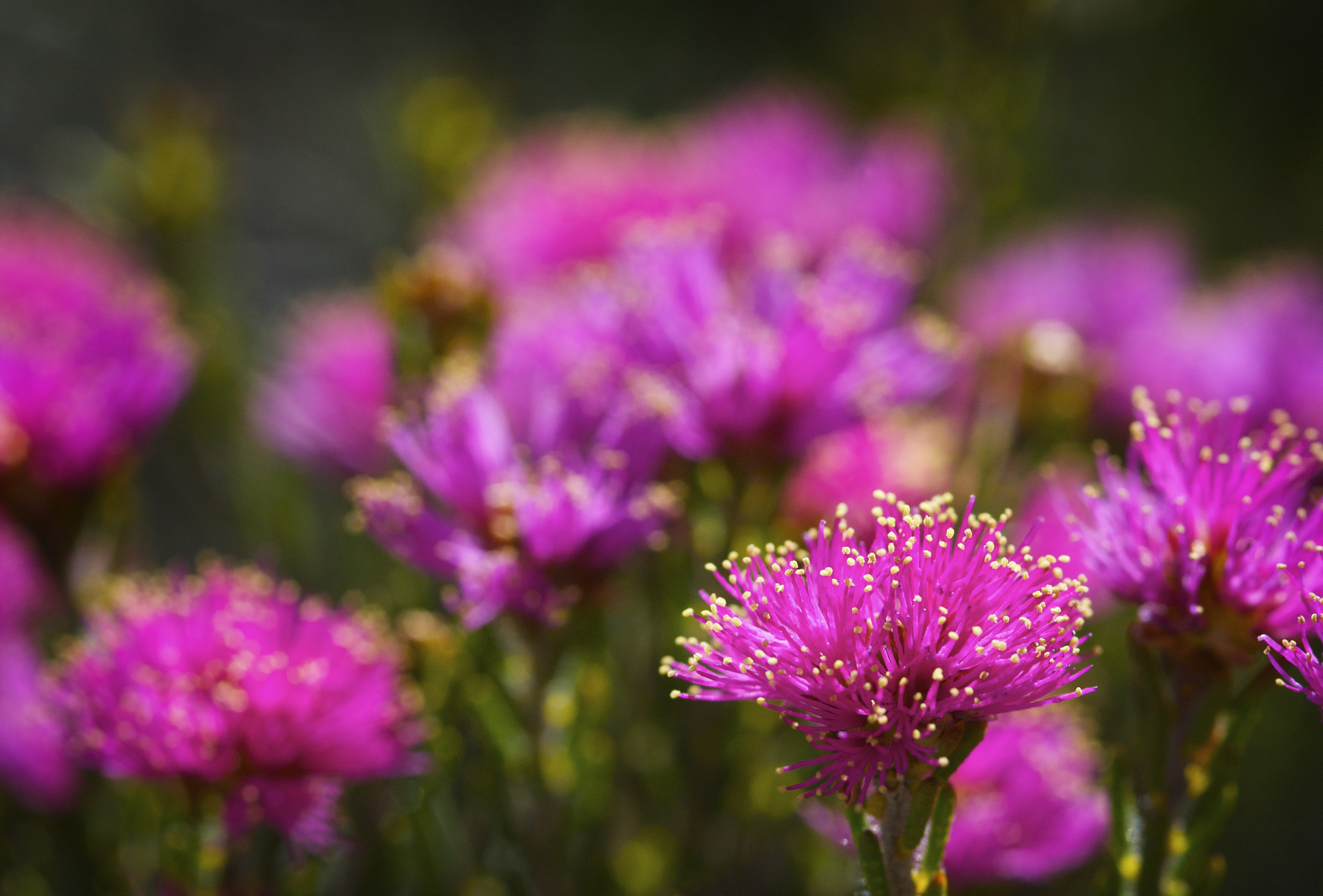 The striking Pilbara landscape undergoes a different style of transformation come wildflower season. The flowers that exist here have adapted to grow in stunning contrast to the environment, forming amazing vistas in counterpoint to the red colouring that characterises the landscape.

Coalseam Conservation Park is famous for its Everlastings, and considered a must-see by many wildflower enthusiasts, as is Lesueur National Park, which is known for its range of flora on display.

Kalbarri National Park is another gem of a location during wildflower season. The Cape Range Trail is a popular self-guided trail taking a minimum of three days to complete (obviously longer if you stop and smell the flowers).

Starting at the sand dunes south of Minilya, travel through Exmouth Gulf and Vlamingh Head, before working your way to the Cape Range National Park, finishing at the Yardie Creek Gorge. Kings Park and Botanic Garden offers free, guided walks throughout the year – with extra walks scheduled during the busy Kings Park Festival, held during wildflower season in September. The Swan Valley and Gidgegannup are other popular wildflower destinations.

The Avon Valley National Park is also a wildflower adventure, about an hour’s drive from Perth, and home to a large collection of native orchids. Consider camping for the night at the Bald Hill campground (park and camping fees apply).

The Central Wheatbelt visitor centre is a great help for wildflower fans exploring the region. If in Kalgoorlie, consider picking up a Green Trail brochure from the Kalgoorlie-Boulder Tourist Centre – or even just stop in for a chat about the current wildflower scene. The Stirling Range National Park is popular with bushwalkers, even more so during wildflower season, with well over 1000 types of species thriving in the area. Also head for the Yeagarup Dunes in the D’Entrecasteaux National Park; the wildflowers in the surrounds are breathtaking.

Fitzgerald River National Park boasts up to 1800 species of flowering plants and wildflowers, so for wildflower enthusiasts it’s often considered a must. Stop in at the annual Ravensthorpe Wildflower Show and Spring Festival if you’re in the area at the time – it’s a popular celebration of local blooms with hundreds of specimens on display. Wildflower season can stretch from late June through to early November (although August/September/October is generally considered a peak period), but can differ slightly each year and in each region, depending on weather conditions in the lead up. These handy tips will help you catch the very best of the blooms this wildflower season: